The Church in Rome - The First Christians

International Meeting of Young Sisters of the Cenacle

Friday, July 12 The Church in Rome: The First Christians 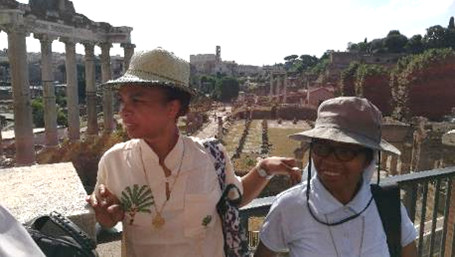 Under a blazing sun, our first day in Rome led us to put ourselves in the shoes of the different people who lived in Rome in Jesus' time and a little later.

At the Roman Forum, we enjoyed a great game! Each one of us received an envelope in which she was assigned the identity of a person of that time. There was some information about the character, the links with the other characters and a role to play. It was a nice way for us to get acquainted with places and people. There was Caesar, of course, Spartacus, Agrippina, her husband, her children including Caligula her son, a vestal, slaves and servants, various merchants, etc... we really entered into the game. 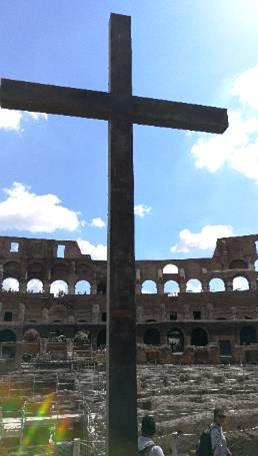 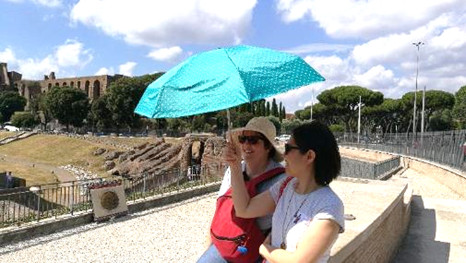 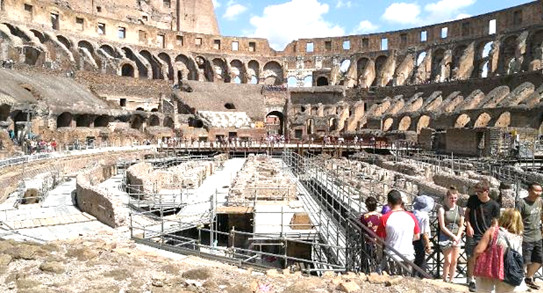 In the afternoon, we headed for the Colosseum then for the Circo Massimo to let ourselves be touched by how the early martyrs allowed the faith in Jesus Christ to come to us today.   Claire (Europe-Togo)

Saturday, July 13   Saint Peter in Rome and the Foundations of the Church 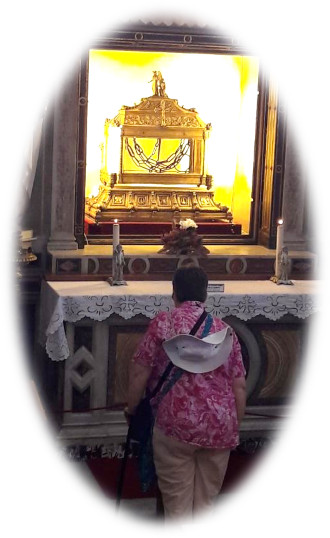 This morning we visited the Basilica of St. Peter in Chains, or Basilica San Pietro in Vincoli.  Ghislaine introduced us to the veneration of this relic, inviting us to think of the imprisonments of Peter in Rome as well as in Jerusalem. (Acts 12: 1-17).

The visit helped me to taste and to interiorly feel Peter's fidelity and love for Christ. Peter gave his life without reserve for our Lord. Eliane (Madagascar) 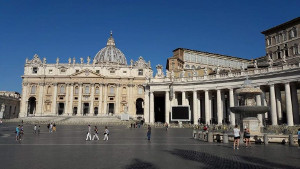 What was very strong for me this afternoon at St. Peter's Basilica was the moment of adoration. While adoring, I thought of the quotation from the Gospel where Jesus asks Peter three times if he loved him (John 21: 15-17). Peter, through his faith and hope, proclaimed the Good News with courage and perseverance.  Following Peter's example and aware of my weaknesses, I asked God for the grace to boldly announce the Good News. Eliane (Brésil)

Monday, July 15  Saint Paul in Rome and the Missionary Spirit 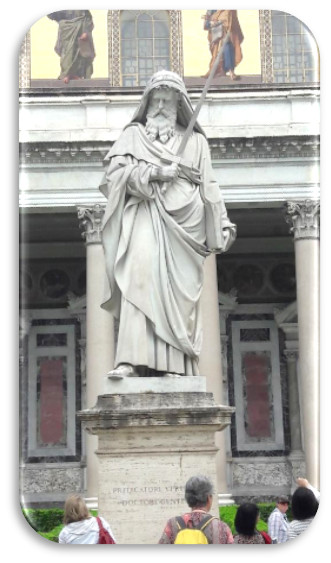 Today was our day with Saint Paul. In the morning, we went by coach bus to the Basilica of St Paul Outside-the-Walls. We participated in the Mass at 10:30 am and took our time to pray and visit the basilica and the cloister. This visit was a personal pilgrimage. Each sister took the opportunity to visit the relics, to take time to meditate, to taste and interiorize in herself what touched her. Personally, everything I saw challenged me to trust more and more in God. Méline (Madagascar) 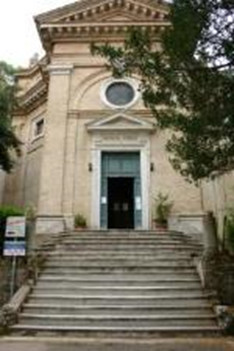 Continuing the day with Saint Paul, we moved to Tre Fontane in the afternoon.

First, we visited and prayed at the church of S. Maria Scala Coeli. In this place of imprisonment of St. Paul and the martyrdom of the soldier Zenon and his legionaries, we were, first of all, silent. We also prayed for our intentions and sang ​​religious songs in our different languages related to the saints.  Then we went to the church where Paul was martyred. We visited this place where he was decapitated and allowed resonate in us the text “I have fought the good fight, I have finished the race, I have kept the faith. Now there is in store for me the crown of righteousness…” (2 Tim 4: 7-8).   Patrizia (Europe-Togo) 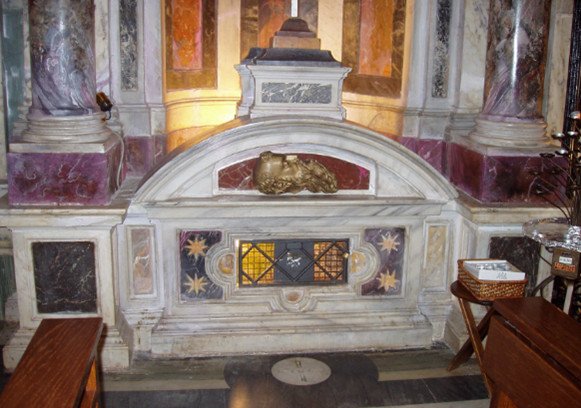