Praying with Mother Thérèse : The Memorare 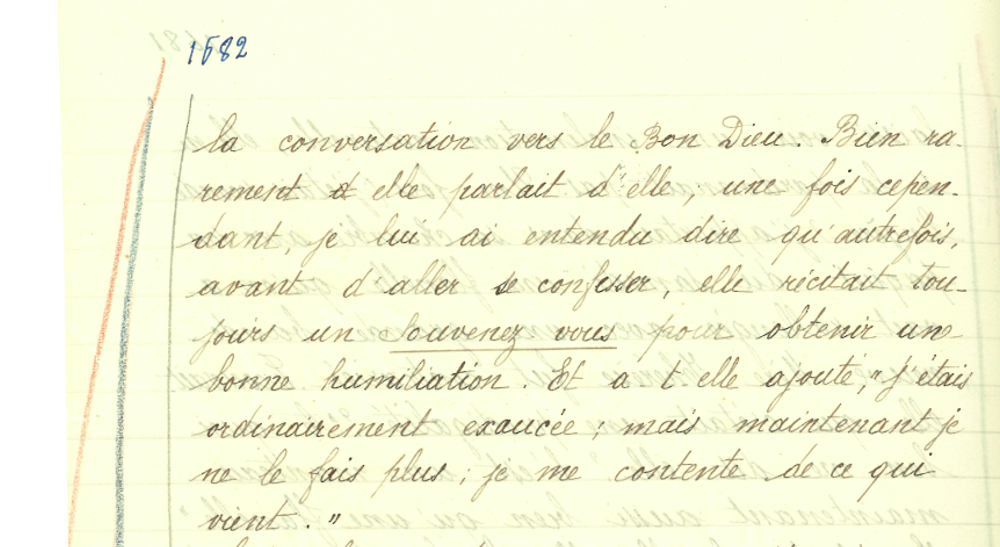 “She rarely spoke of herself, but once I heard her say that before she went to confession, she always recited the “Memorare” to obtain a good humiliation [before God]. And, she added, “I was ordinarily heard; but now I do not do it anymore: I am content with what comes.” (Deposition of Mother de Vaines at the diocesan trial in Malines (1920))

Illustration: Deposition of Mother Mary of Vaines and The Memorare in "The Three Months of Mary" of Mother Thérèse

The prayer evoked by Mother Thérèse was very popular in the second half of the 19th century. It is taken from a longer prayer (Ad sanctitatis tuae pedes, dulcissima Virgo Maria) inspired by the writings of Saint Bernard of Clairvaux (12th century). It is usually called Memorare, the first word of prayer in Latin. There are several versions of it, the most famous of which at the time of Mother Thérèse was the one with an indulgence attached to it in 1846 by Pius IX.

"By asking Mary to pray for us, we acknowledge ourselves to be poor sinners and we address ourselves to the "Mother of Mercy," the All-Holy One. We give ourselves over to her now, in the Today of our lives. and our trust broadens further, already at the present moment, to surrender "the hour of our death" wholly to her care. May she be there as she was at her son's death on the cross. May she welcome us as our mother at the hour of our passing to lead us to her son, Jesus, in paradise."  [1] It is what Mother Thérèse did with the Memorare.

We reproduce here the text of the prayer as it was  in a small book found in the room of Mother Thérèse at her death. [2]

that never was it heard that anyone who fled to thy protection, implored thy help, sought thy intercession,was left unaided.

Inspired by this confidence, I fly unto thee, O Virgin, Mother of virgins. To thee do I come, before Thee I stand, sinful and sorrowful.

O Mother of the Word, despise not my petitions, but in thy goodness, hear and answer me. 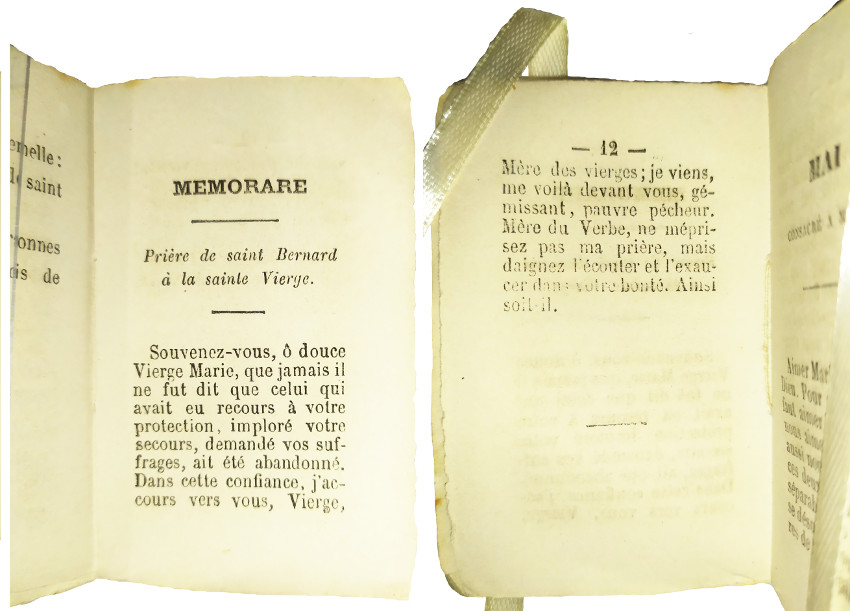