For the occasion of the 150th anniversary of Self-Surrender, a few items were displayed at the General Archives in Rome. The Exhibition Catalogue can be read here. Click on the image to open the PDF document. 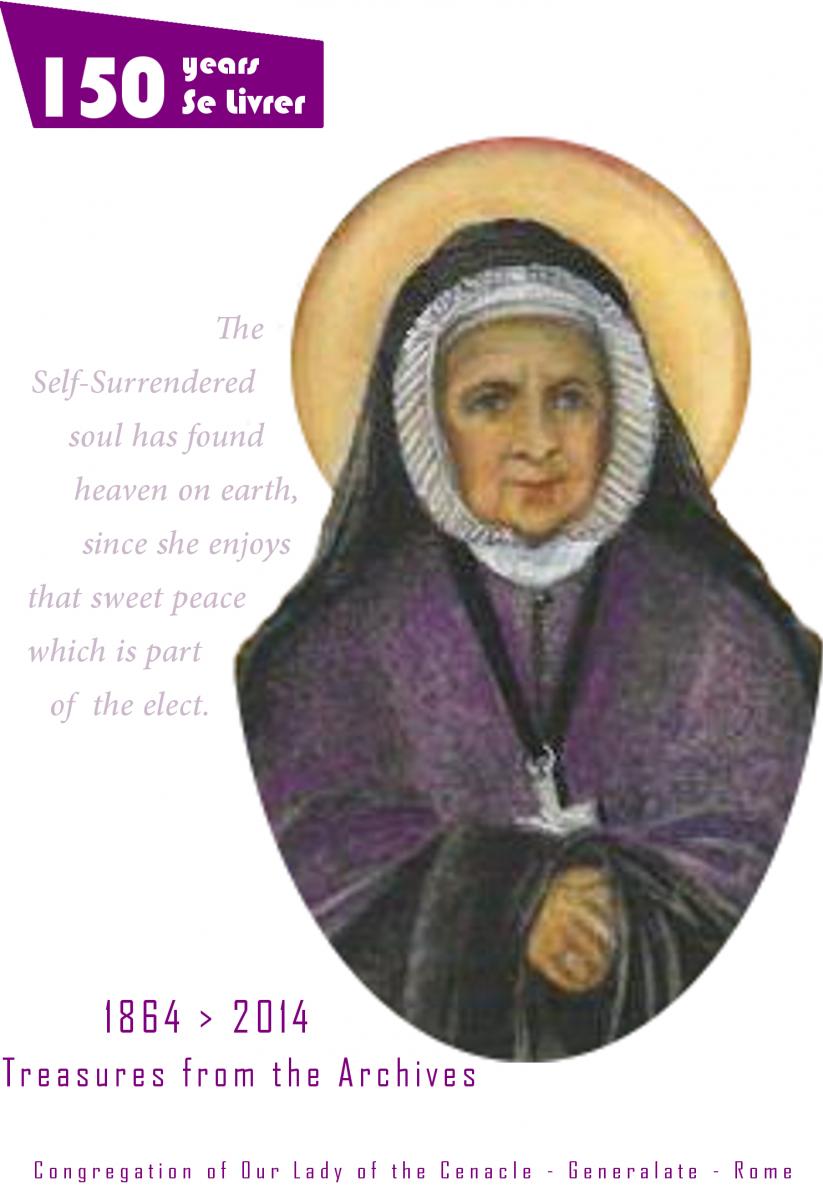 “A holy life is preferable to a long one and virtue

On the morning of 26th June 1864, the bells of Montpellier invite Mother Thérèse to consider the means of progressing along the path of holiness. She writes down her thoughts on a piece of paper, the title of which contains the idea she develops as Self Surrender. 150 years later, this founding text of the spirituality of the Congregation has kept all its freshness and flavour.

The objects and quotations presented here evoke the way in which Mother Thérèse practised “self-surrender”. An important place is given to the reproduction of objects, signs of this in themselves. Their meaning is accentuated by Mother Thérèse’s own words. The choice has been made to privilege quotations taken from the statements of witnesses presented during the canonisation process which led to Mother Thérèse being proposed as a model of holiness.

This booklet has been conceived as an accompaniment to the display cases set out in the Generalate Archives. It can also be read on its own. Its objective will be realised in so far as it allows each of our Sisters and members of the Cenacle Family today to become better acquainted with Mother Thérèse and her charism.

Finally, I’d like to express my heartfelt thanks to Mr. Wandrille F., whose wonderful work, undertaken with such great care and enthusiasm, enables us to discover these treasures from the archives.