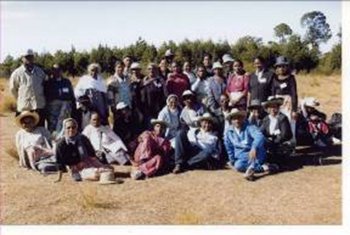 The Fraternité Notre Dame du Cénacle is a spiritual association for the laity:

Catholics within the Church, men and women, married and single, young and old, live the Spirituality of the Founders of the Cenacle Congregation: Saint Thérèse Couderc and Blessed  Father Terme.

Hearing and responding to the call of the Lord to follow Him in the midst of their lives, this branch of the Cenacle Family lives under the guidance of the Holy Spirit, putting prayer at the center of their lives.

La Fraternité is a spiritual lay association which helps its members to:

Witness to the Gospel,

to know and love Jesus Christ,

Collaborate and share live as one family, guided by the Holy Spirit,

Live the Spirituality of the Cenacle lived by its Founders,

Love, pray and live in solidarity in diversity,

Live the faith received in Baptism. 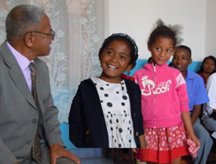 In Madagascar, there is also a Fraternité for the youngest called: Les jeunes pousses du Père Terme (the Little Shoots of Father Terme). 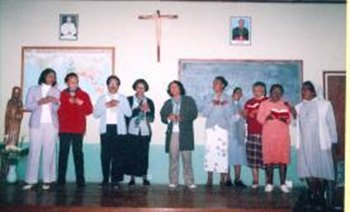 "Justice, Peace, and  the Integrity of Creation"

"There is no peace without justice ...

Promoting Justice is a call for all ...

We are called to be peacemakers where we are."

to live the spirit and charism of the Cenacle Congregation.